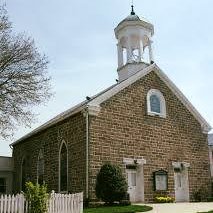 St. John’s Reformed (United Church of Christ) Church was constructed by 1822 with the cornerstone having been laid in 1802 which links it to an early period in Woodsboro’s history.

This church thrives today to serve both its congregation and local community.